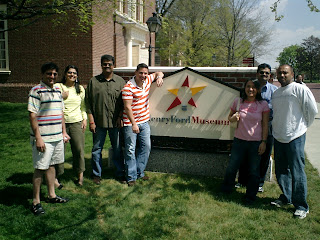 When I joined Nokia we went to Detroit in March 2005 .Me and Anju were in Detroit for almost 8 months till I left Nokia and got the job in T-Mobile. Eventhough we didnt like Detroit during the initial visit the project team was great. We used to have lot of get togethers during weekend and all were very nice people.
Above is the photo of our group during our visit to the Henry Ford Museum in Detroit.From the left are Sajjad, Anju, me , Daniel, Sandra, Satheesh and Staicy. Sajjad is a very good cook, and used to delight us with the cooking skills. His famous dishes were Tricolour Pulav and Fish curry.Staicys life in Detroit was all dependent on Sajjads cooking skills. Sandra used to be the only company Anju had in Detroit other than the housekeeping girls in the Marriot hotel were we stayed during our entire stay. 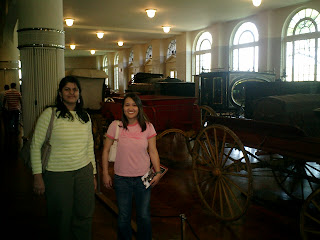 Anju and Sandra in the Ford Museum above. 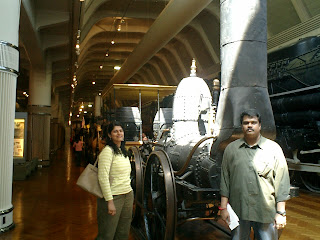 Me and Anju in front of the biggest locomotive ever invented by men.
Anju was so particular to buy the car below..... 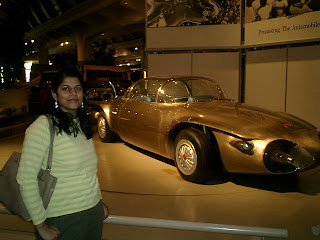 Anju below inside the first plane made... it was a very small one... 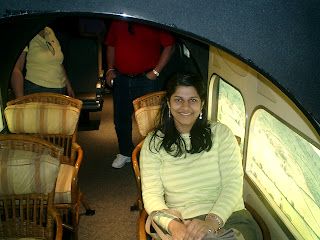 Achan and Amma visited us during our stay in Detroit. As were staying in a Penthouse, we had 2 bedrooms, so stay was great.Below shows them in front of Marriot. 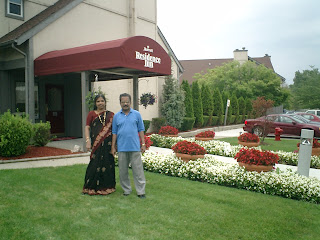 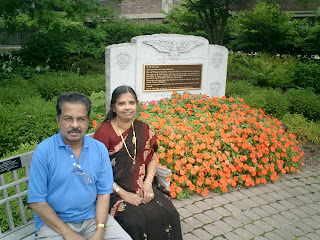 Email ThisBlogThis!Share to TwitterShare to FacebookShare to Pinterest
Labels: USA - 2005