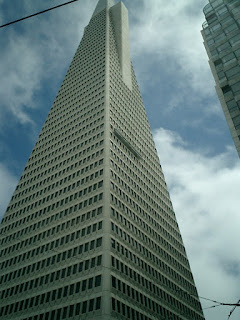 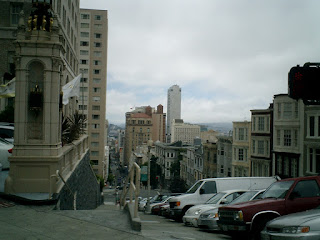 Visited San Francisco from Aug 6th to 9th, 2007 to represent my market in the NATIONAL RF MANAGERS MEET. This was an annual meeting in which the entire T-Mobile RF Management meets to share best practices and set strategic targets. I was really happy to attend this meeting as I can meet lot of VP's and Directors in addition to the RF Managers from across USA. 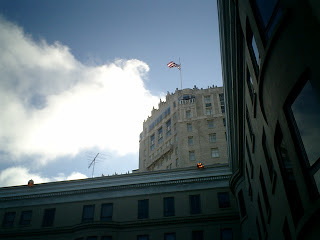 The stay and the meeting, both were in Stanford Court Hotel in San Francisco. Both were great experiences.
I started from Portland on an Aug6th evening flight and reached SFO at 9:30 pm. Came out of the airport and when I was looking for a cab, a limousine driver told me he can drop me at the Hotel almost at the same rate as the cab. It was a great ride in Limo to the hotel. My only worry was that when I was coming out of the Limo and a VP coming to the same place in a lousy cab... Anyway that didn't happen.... 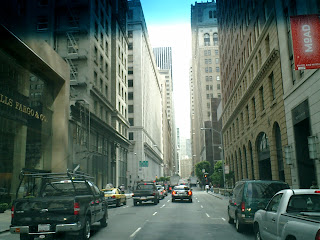 The above and below are DOWNTOWN SAN FRANCISCO views. 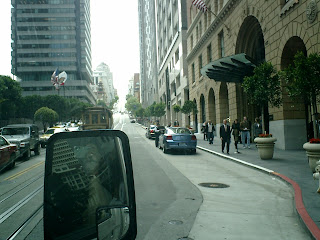 An interesting thing about SFO is the entire city has a hilly terrain, the whole place is of Sand Dunes where they grew grass, trees and buildings. 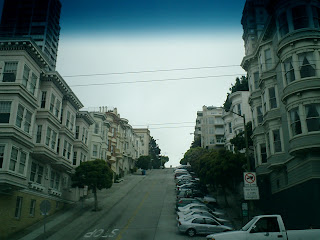 After the first day of meeting , we had a dinner at an Asian Grill two blocks down the street. I never thought that the streets will be this steep. 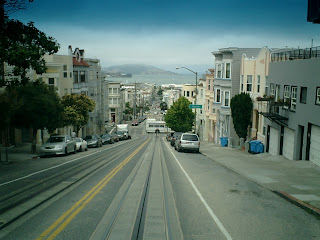 I somehow managed to reach the place by climbing down the hills without falling. Oh man, it was really tough to walk like that. 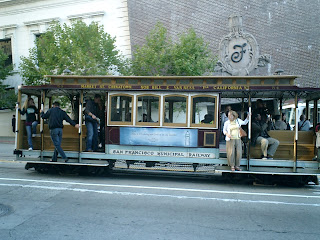 Lots of people were walking in the streets. I saw the TRAM like train system on the way.It was amazing how this train works, its scary to travel in those especially when it climbs down the hill. 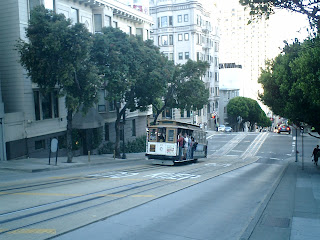 I was stopping in between when I was going down to the place. I was pretending as a curious photographer to cover my scare, so that people will not feel that I am stopping after 5 steps because of scare. So I took a couple of photos.
After the dinner( it was a great dinner with lot of nice preparations of chicken and Salmon) I looked up the hill to climb and said goodbye to my colleague's and took a cab back. Normally the cab drivers wont come for such a short distance, hope this was a nice cabby... 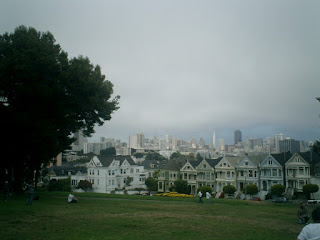 On the second day after the meeting I took a city tour. It was 4 hour conducted city tour in which they take you to all the important places in the city. Above is the picture of the some of the oldest Victorian houses in the city ( 1800 made). Each of these 7 houses cost around 10million Dollars. 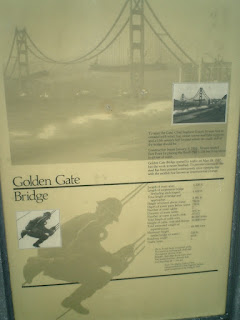 Another fascination was the Hanging bridge, the technical specs are in the above picture. 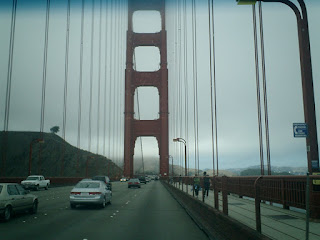 The tour bus driver was telling that couple of years back to celebrate the anniversary of the bridge around 2,50,000 people entered the bridge and the bridge descended by 10ft. 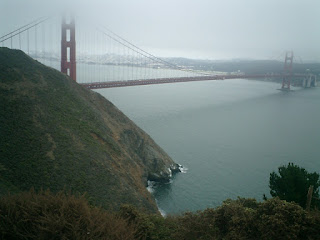 One side of the bridge is Pacific Ocean. 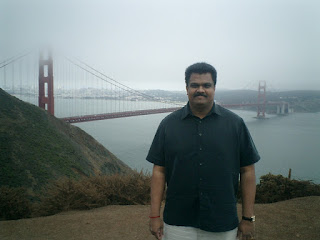 This photo was taken by my Tour bus driver.
We completed the meeting on the Thursday and I took another Limo back to the SFO international Airport and took the flight back to Portland. Reached Portland around 9pm. It was altogether a great experience.
at 1:49 PM