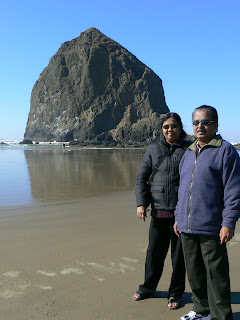 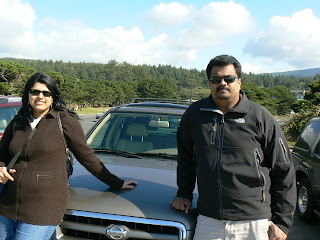 Achan and Amma came for a visit to Portland. It was planned for a month long but because my considerate and sweet little sister started crying to make them come back as she couldnt manage little pambu, I had to prepone their travel by two weeks. So within the limited time we had, we thought of visiting the Oregon Coast. 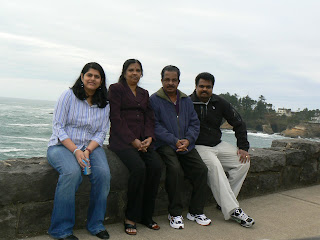 Wednesday 10OCT07: After I reserved rooms in Newport Jerry got the rooms in the Wyndham resorts in Depoe bay. So i decided to keep both till Jerry called in the evening that he got the same for thursday and friday.So I cancelled the first one. 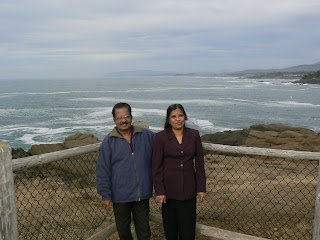 Thursday 11OCT06: We started our journey to depoe bay around 1230 and reached the place by 230.They told that the rooms will be ready at 4, so we went to checkout the Depoebay area.It was a great area bt the weather was cloudy.We bought some beer and went back to the hotel at 4.Room was fabulous with Ocean in our backyard. 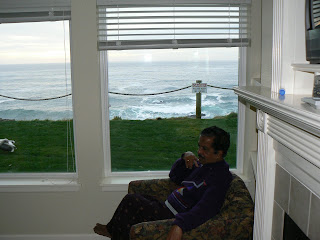 Achan and amma were really happy and achan told us that he alwaays wanted to stay in a beach resort and that was first time. 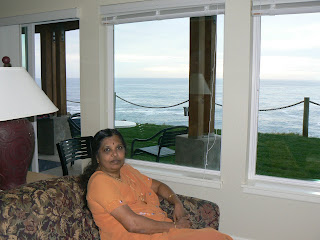 As we all sat there chatting the sun broke out and iit was another exotic site to see. 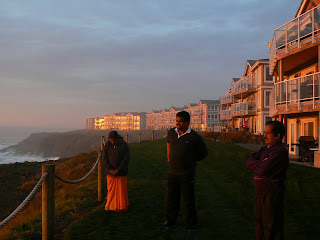 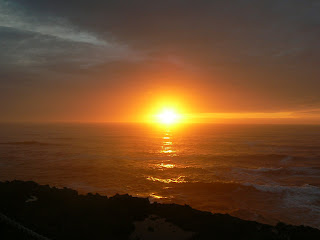 We were all very excited to see the sun and took lot of photos. 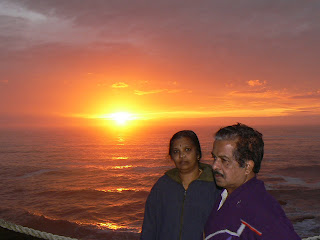 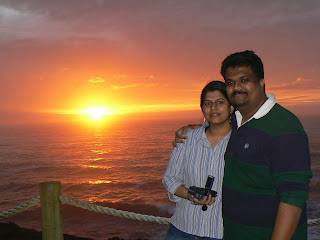 We had pizza and slept.
Friday 12thOCT06: Got up as usual on a holiday at 9am.While I was sipping my hot coffee, achan spotted a whale...Wow yes a wild Pacific whale in our backyard in the sea.. We were all excited and started watching it, this was the first time any of us were seeing whales. We got ready and left for Newport,directly went to the Newport Aquarium. 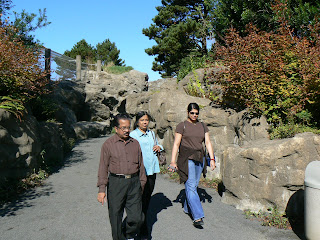 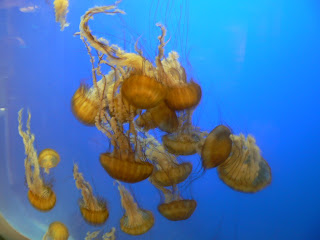 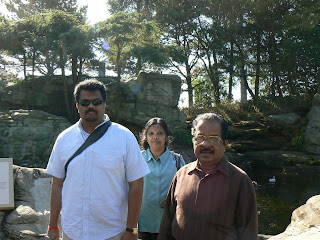 It was an average aquarium with underwater tunnels and all. 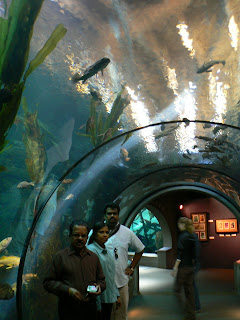 We spent around 2hrs there. Had lunch,ofcourse sandwich and visited the undersea gardens.This was a waste of time, eventhough it was built nder the sea. This was a show by divers. 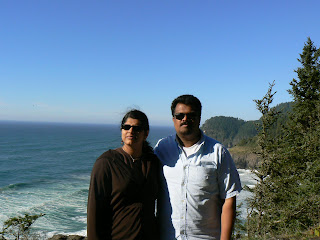 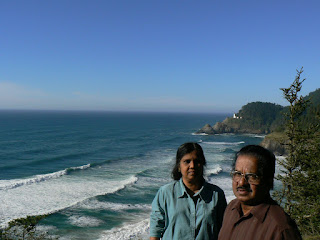 Then we drove to see the sea lion caves. 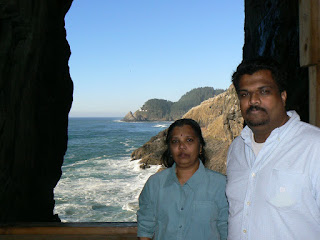 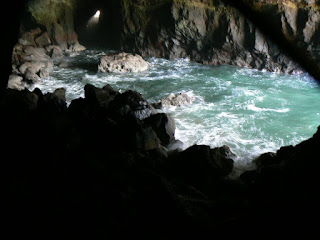 This is the largest in the whole world. 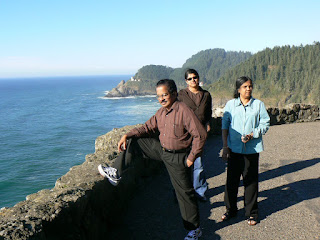 The whole route was so exoTic with mountains on side of the road and pacific ocean on the other. 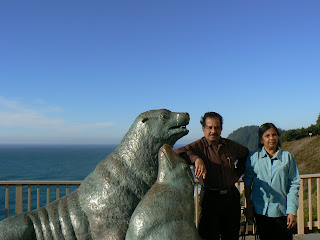 On the way , after Newport we saw a sign for Helicopter ride and turned around to check it out.When we checked with the pilot he told only a max of 2 people can go with him. So Achan and Anju opted out. Amma told a couple of times before that she wanted to do it, so we decided to go. we thought of doing it on the way back and continued our journey to the sea lion cave.Visited the sea lion cave eventhough all tHe sea lions were out.We were too lated for the ride and decided to do it the next day. Anju wanted to check out a beach.We stopped on the way back at the beach and watched the full sunset there.Reached the resort,had the subs from Quiznos and slept.
Saturday 13OCT07: In the morning we attended a seminar by Worldmark group and got acouple of gift cards.Didnt sign up for anything.Checked out of theresort by 12 and decided to go for a Helicopter ride and thought thatAmma and myself will go for it and achan and anju will wait. 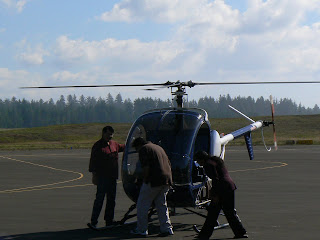 Reached the place by 1 and the pilot was already in air. Seeing the chopperIwas a bit scared bt munnottu vecha kalu munpottu. 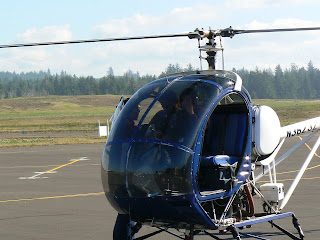 There was anotherfamily before us and then was our turn.It was agreat ride on the helicopter and we enjoyed every bit ofit. 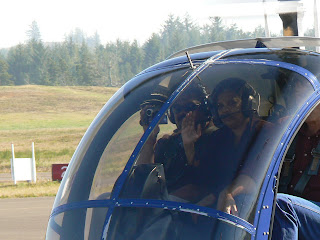 This was a tour over Newport and as it was a sunny day it a fablousview from air.I recorded the whole event on Handicam. 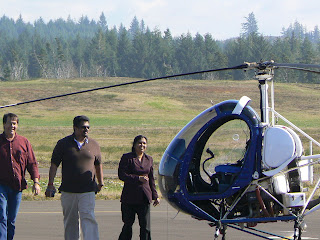