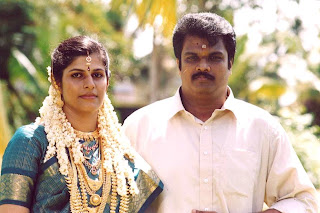 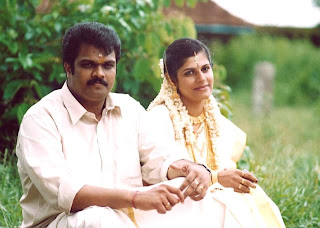 I realised that I never put my marriage pictures inspite of having my website for 6 months now. So here are some snaps.
Achan giving me the THALI while Manju and Shalini watching and little Sharu praying: 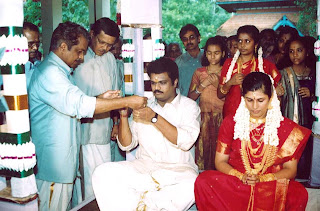 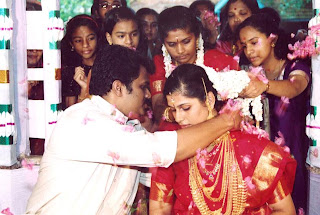 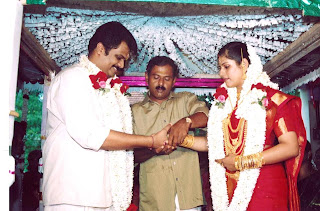 Amma giving us sweets after marriage below, while CHINCHU and Drishya watching 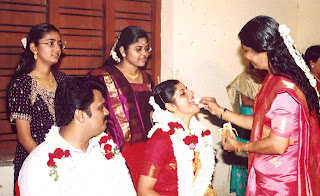 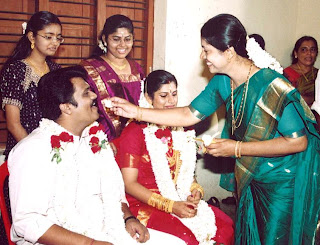 Picture below: from left, TVLA ammachi, Bombay Ammavan( who was our VIP guest for the ceremony), Santha chitta, Ammomma, Me, Anju, Chilli chitta, Neethu mol,Vijayan uncle's friends and Vijayan Uncle on the extreme right. 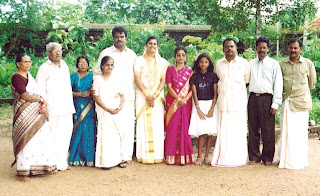 This picture is one of the rarest which has my sweet Thiruvalla Ammachi(My mother's mom), who is no more, who took a lot of pain taking care of me as a baby and was always been there pampering me.She never used to let anyone call me anything other than "MON" and used to take me to wherever I wanted with Valiachan, my mother' father, who was a GEM of a person.
at 2:50 PM