Inspite of her busy 3 month schedule in US, Gayathri (Chinchitha mol)decided to visit her sister Lekshmi(Anju) in Portland 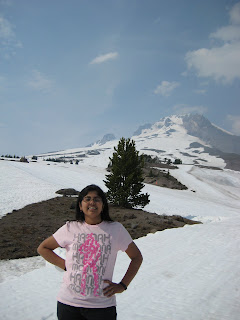 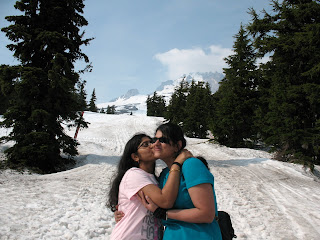 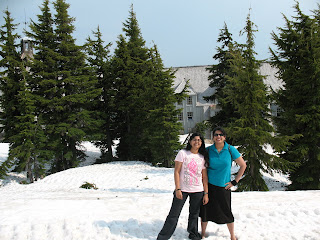 . Anju was very excited about the whole visit as it was more than 2.5 yrs since she saw any of her dear ones.We had 100 reasons for not visiting India in the last 2.5 yrs, but I only know how upset she was not seeing her parents and her dear ones back home.So chinchithamol's visit was a big relief to me also.
Anju was preparing the apartment and dishes for her visit and was very excited from the moment Chinchu boarded the flight from Virginia on the 1st of July08.She normally never calls me at office,made atleast 5 calls asking various questions about the transit at the Minneapolis airport(there are no direct flights between virginia and Portland) and the flight timings and gate confusions. I had to repeatedly assure her that everything would be fine.
We left to the airport around 10:00pm and waited in the airport for the flight to arrive.Finally there came Chinchu and I had hard time keeping Anju from jumping the fence of the security restricted area. 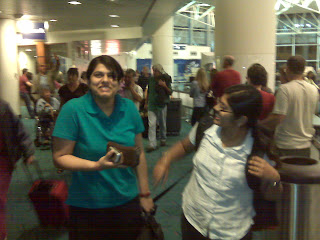 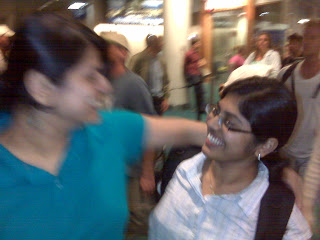 We reached back at around 12am and then chinchu had the wonderful dinner prepared by her chechi which comprised of chicken curry( which she thought is fish curry),fish fry, thoran etc., etc., Anju ditched sleeping with me and went to sleep with her sister.
02July08: 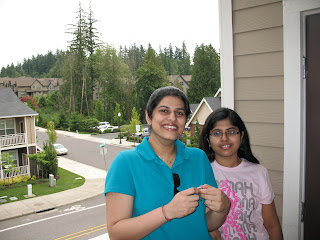 We all got ready after breakfast with dosa and chutney and planned to visit Mt.St.Helens.Set up the GPS in the vehicle for the destination and while on the way I called Krishnan and as per his advice deviated our trip to Mount Hood.It was a little hazy day. 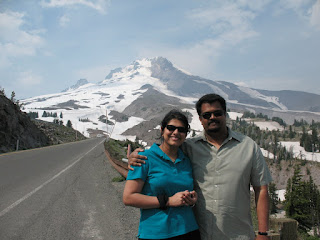 We reached Mount Hood around 3pm, was surprised to see a ton of snow.Anju and chinchu was really excited to see all the snow and started running and playing in the snow. 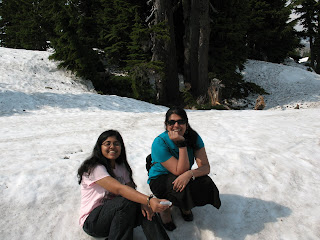 They both started running towards the direction of Mount Hood while I took a break and watched the whole show... 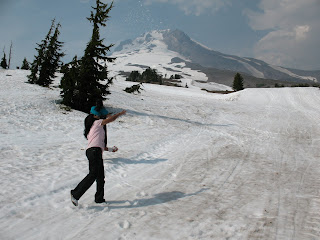 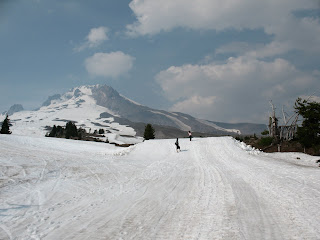 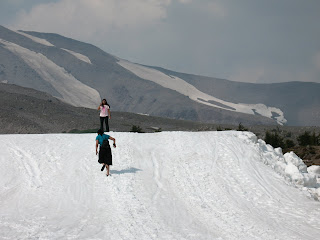 Then we started towards TRILLIUM LAKE which is very close to Mount Hood.It was the perfect time to visit the lake and we took a couple of photos in the area. 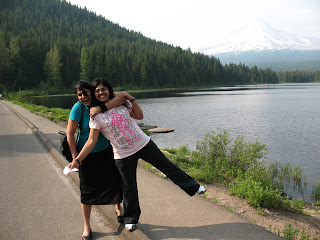 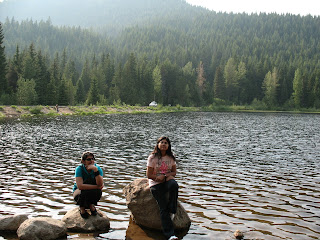 After spending an hour in the Trillium lake area, we started towards the Multnomah Falls, this was too much for a day to travel, but as she only had 3 days in Portland and the last day being July 4th, we had to cover the maximum possible in a day. 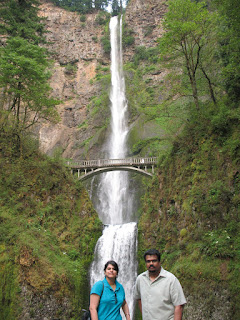 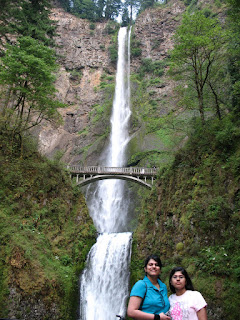 After Multnomah falls, we decided to have dinner at PF Changs for which I promptly made the reservations.We had a great dinner,but chinchu didnt enjoy it much.I understood the reason only the next day..she was craving for home food and she wanted to eat what her sister makes and not the food made by a chef....
03 July08:
We got up late and chinchu demanded her chechi to prepare "Puttu" and when I got up, Anju was busy preparing the same for her. Anju was preparing Puttu after more than 8-10 months, but it came out really well. See below the same... 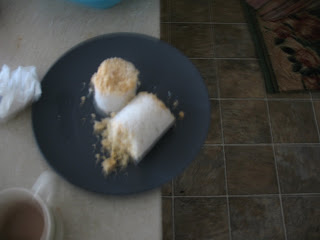 After the breakfast Anju prepared lunch with lot of dishes. 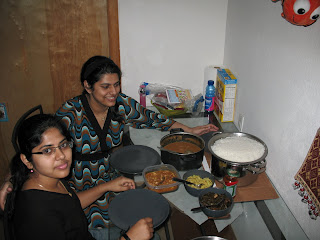 We had lunch, I took a nap and started to the beach. We reached the beach around 7pm, it was sunny and bright,but unfortunately it was very cold. 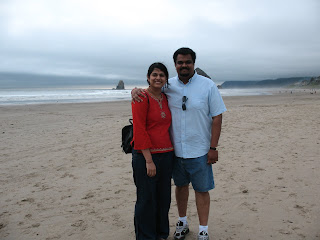 See Chinchu shivering below due to the breeze: We came back around 10pm, had kappapuzhukku and fish curry and watched the movie "Vinodhayathra".
The next day was an all shopping day and my job was that of a driver. 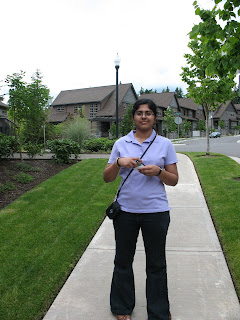