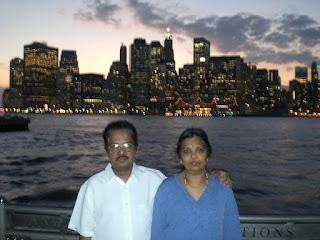 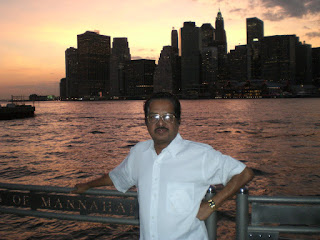 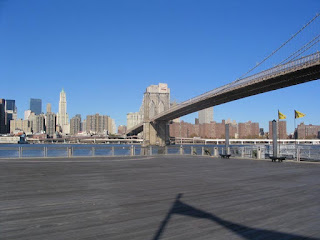 Finally we made plans to visit Manju's new born Nandakishor (Pambu) during Onam. 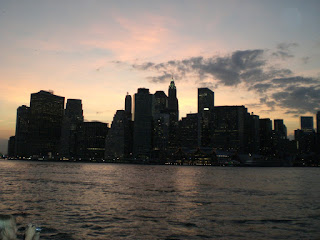 We had our flight on 24th Aug07 from Portland, continental airlines non-stop(5hrs 40min) to Newark International Airport.
Krishna Menon dropped us at the Trimet station near to us , sunset transit center. 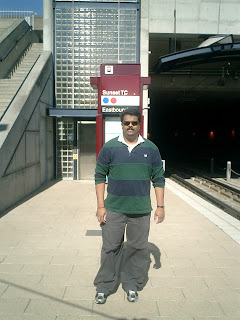 Caught the train to Airport and reached 1.5hrs before departure. The flight was good with lunch being served, this is a very rare thing in US, normally none of the airlines give anything to eat other than sodas and juice to drink, but continental was nice. Saw two movies in flight, Shrek3 and Are we done yet. Both were good.
Reached NEWARK airport around 10:30 EST, it was delayed by an hour due to some weather issues. Achan and Bejoy were in the Airport. They both told me that I put on weight, and my explanation was that it was due to the dress.... ;-)
We reached home around 1130pm and I was so excited to see our new member in our family. Manju calls him Pambu and I liked that name and started calling him the same. He was sleeping peacefully in the crib. I watched him for sometime and then we gave all the onakodis and we also got the same from Manju-Joy and Achan-Amma. Achan and Amma gave the ones from Anjus parents, Vijayan Uncle and Sudha Aunty. Had a nice chat and then dinner. We tried to sleep around 2 . I was not able to get any sleep maybe because of the timezone difference , and then Pambu started crying at around 4, which added to the lack of sleep. Its interesting to see that when he cries, Amma gets out of her bed like a fire Brigade and runs in the direction of the fire, in this case Pambus crying......I really dont know when she sleeps......, Then Achan gets up , looks around, asks couple of questions to himself and goes back to sleep, Joy always gets up with Amma and tries to console Pambu with milk, Manju very rarely gets up, as this is the duty time of Amma and Bejoy as she needs rest after the surgery....
It was great fun to see the baby ways of Pambu, the time he gets up, the way he drinks milk, and the way he cries.....An interesting thing about Pambu is even when he is crying out loud and no-one could control him, when he is in the hands of achan, he calms down. Achan told us he always calms down when he sings. Probably the poor one might be thinking--- Oh Appooppan has started again, let me close my eyes so that he will stop this.... 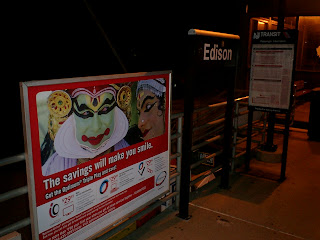 Above is the photo of Kathakali at Edison Rly station in New Jersey.

Next day we spend the whole day at home and sometime outside shopping. Had a great lunch by Amma and evening we had a take out from an Indian restaurant. The day was filled up with the chores of little Pambu. 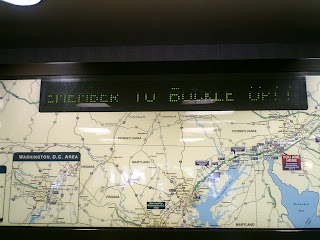 On Aug26th we had planned to visit Rajiv Nair and Sheenu in Maryland. Jagjit, my friend from Dallas was now working in NJ.Below is a photo of his family. 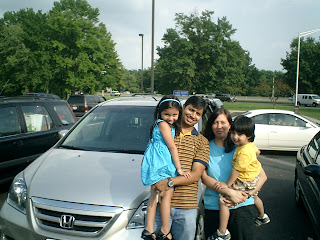 He and Chanchal was our best friends in Dallas other than the mallus and he always used to bless us with his presence in the evening hours. At that time only ALISHA used to there, she was such a small cutie pie and used to run around in my apartment. I still remember that when Ayush was born, I was the one who took him out of the hospital first, as Jagjit went to pick his mom fm Chicago.

He along with his family picked up me , anju, achan and amma around 230pm. It was a 3hour drive to Maryland. Visited Rajiv and Sheenu at their apartment. Had dinner from there, starting from apetizers inlcuding chicken and Veggie cutlets and BhelPuri. We spent around 3 hrs at his place and reached NJ back around 12:30am.
Aug27th - Thiruvonam : There were two specialities for this Thiruvonam
1. Pambu's first Onam
2. First time we are celebrating Onam with Achan and Amma in USA.
Amma made an entire sadya including everything starting from Parippu, Sambhar, Pulisseri, Avial,thoran,mezhukkupuratty,kichadi,pachadi, achar and Adapayasam. Eventhough I am not a big fan of Adapayasam, this was the second best payasam I ever had in my life, the first one was Ambalapuzha Palpayasam. Pambu was dressed up in Mundu and we all took him in our hands. 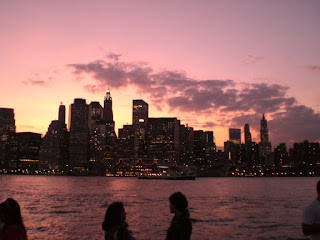 We all slept after the sadya and evening , me, anju, achan and amma planned to visit the FULTON FERRY LANDING area in NY. This is the place where most of the indian movies like "Kal ho na ho" get shot at. Joy gave me all the directions to go to this place and he was sorry for not taking us there, as he didnt want to leave Pambu with Manju alone. 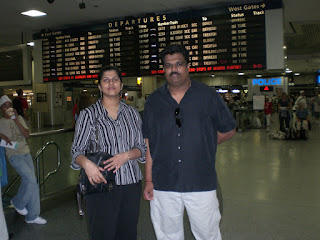 We had to take the NJ Transit to the NEWYORK PENN station and then go on the subway to the nearest station to the place. We got out of the station and reached the place after walking a few blocks. It was an awesome view of the Manhattan skyline and the view of the bridge was phenomenal

Below are some of the pictures whe took 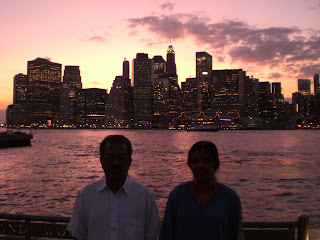 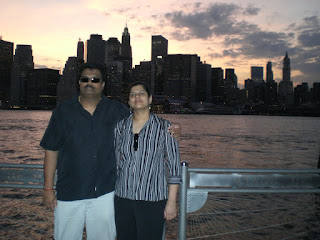 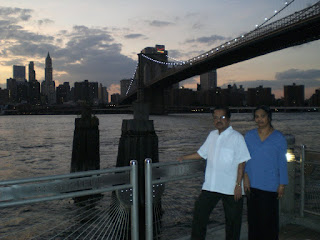 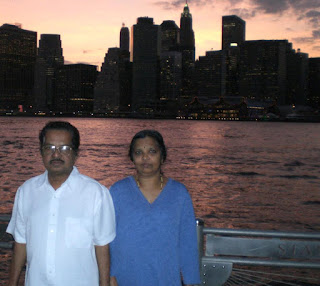 Had ice cream and reached NJ by 1030 pm.
Aug 28th : Ammas Birthday
Woke up around 9 and wished Amma Birthday and gave her a phone as present.
As there were lot of anchovies(natholi) purchased for me, she made all sorts of fish for me.
Evening Jagjit had called for Dinner and me,anju, achan and amma went there. I drove Joy's car. It was a nice smooth 45 minute ride to his place in Parsippany. Chanchal had made an awesome dinner starting with mango shake, Roti ( U can never ever make this roti's, its that superb), Paneer masala, Dal, Jeera Rice, Dahi Vada and Kheer. Reached back home by 1030pm.
Aug 29th : Return to Portland
Got up at 330am and Joy dropped us at the Rly station at 4. Took the train to the airport and reached there by 5:30 and the flight was at 6:45. Had a light breakfast and started back to our Portland......
Krishna Menon and our sweet little Sidharth came to pick us up from the station. It was fun to watch Sidharth patting his hands to the tune of the song in the car.
at 3:27 PM

Email ThisBlogThis!Share to TwitterShare to FacebookShare to Pinterest
Labels: USA - 2007